Before Coming to Japan

Why did you want to teach in Japan?
My true reason is the food! Being a huge food lover, I know that Japan not only has world class restaurants, but after a bit of reading up I discovered that even their smaller unknown restaurants have amazing good meals! Japan also made its way on my list because of the culture. I found it amazing that they are a culture so deeply routed in respect for each other! Lastly, Japan has an incredible amount of places to visit! I knew that if I chose Japan I would never be bored! The major cities are not too far from each other and the bullet trains would be a heavenly way to travel. I am finally here and I love teaching in Japan.

How was your experience finding a job through On the Mark Education Consulting?
So smooth, so easy. Any questions I had were answered quickly, and not once did I feel I didn’t know what was going on! I got an interview within days of emailing them and everything just flowed perfectly from there! Highly recommend!

How long did your visa process take?
The visa process for a Japanese work visa is broken into two. After sending documents to the school, they applied for a Certificate of Eligibility (CoE) on my behalf. That took about 4 weeks for it to be approved, and sent back to me. I then used it to apply for my actual work visa back home in South Africa- that took a quick 2 days! So all in all I’d say 4 and a half weeks.

What website did you use to book your ticket to Japan?
I booked through a travel agent!

What was your first impression of Japan when you arrived?
I landed at Haneda Airport, Tokyo. While making our way through Tokyo I was amazed at how many of the high rise buildings were actually apartments! Part of me was curious to know where everybody works! 70% of buildings I saw were apartments!

What has been the biggest culture shock?
Bowing! I knew bowing was a part of the Japanese culture, but I had no idea how much! I really thought it would just be to the elderly as a form of respect, but even the ladies at the convenient store bow to me! Friends bow to each other while they talk, and bow to complete strangers! VERY different from South Africa!

What’s your favourite memory to date?
Since I arrived in Japan, I’ve been wearing my hair straight. I had received no special attention and started believing “hmm, maybe I’ve blended in”. One day, my afro came out to play!  It was the best experience ever! Everyone in my city was waving at me, greeting me, trying to speak their best English! It was as if they realized I’m not Japanese! I even had an old man join in on a video call I was having with my mother!

What do you like most about working at your school?
The Japanese staff! They are so friendly and helpful!

What 3 things would you have wanted to know or bought with you before moving?
I wish I had ordered a SIM card beforehand! I was warned about this but thought I’d manage! Turns out you need a bank account to buy a sim card and a sim card to open a bank account.  I also wish I bought a travel adapter with me (rookie mistake I know!). Lastly, I wish someone had told me that disposing of garbage would be the death of me! 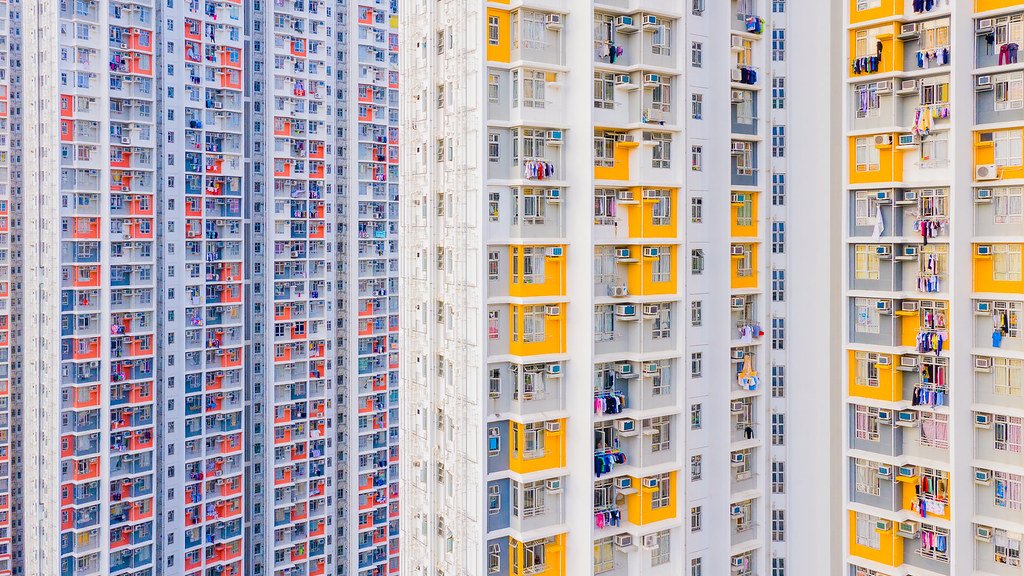 Moving to a new country can be as stressful as it can be exciting and one of the main stress factors includes finding your ideal home away from home. For many expats who move to Hong Kong, their home is the place to escape the overwhelming amount of people bumping and dodging them on the streets. However, you soon learn that any hopes of having your own, spacious, ideal located haven can be dashed if your budget is not high enough. Read on for tips on preparing yourself ahead of your move to Hong Kong with regards to your accommodation.

Securing Accommodation before You Arrive

It is always best to secure some sort of temporary accommodation before you arrive in Hong Kong to make your transition easy. The best option here is to look out on websites for shared, short term (month to month perhaps?) accommodation. If it’s your first time in Hong Kong, my advice is to find a shared short term place so that you get to:

There are many websites to secure accommodation and try to only pay when you arrive in Hong Kong. Some useful sites: geoexpat.com, easyroommate.com etc.

There are many platforms to search for apartments to rent in Hong Kong such as online sites. A useful tip is to join Facebook groups as agents post available rentals here and usually provide all the important details including pictures. It is also easy to engage with them and set up appointments to view. There is always a demand for apartments in Hong Kong so if you like a place, there will be pressure secure it immediately. Once you decide on your ideal location and budget, you start the research process. Try to schedule a few viewings with an agent. They often have more places than the one advertised. Always check what their requirement is and if you can afford it. The norm is 2 months deposit, 1 months’ rent and in some cases, they will also request an agency fee which may be half of the rental amount. There are places that are month to month, only request 1 months deposit and no agency fee. Try to look for the best option for you.

What Happens after You Find a Place You Like?

Once you find a place you like, you will be required to provide paperwork which includes copies of your passport, Hong Kong ID card, and proof of employment, bank details and your deposit and rental amount. It really is quite easy to secure the apartment once you find it. Make sure to ask questions about the utility bill amounts for water and electricity, Wi-Fi and so on. Always negotiate the initial price they give you because in most cases, they do lower the rent amount. I have not heard of any unpleasant experiences with rent or deposits in Hong Kong and people are generally fair here so all should go as well as possible!

If having a spacious place on Hong Kong Island is very important to you, do not despair because it can be achieved with sharing and being prepared to pay extra for it. And as mentioned prior, if you don’t mind the commute, you can secure beautiful spacious homes on other islands. Apartments generally have a modern finish, a western toilet system and separate showers and toilets, which were a few key deciding factors for me but you have to look out for them and not just settle. Once you find out what your deciding factors are, finding your ideal place in Hong Kong will be possible. Good luck! 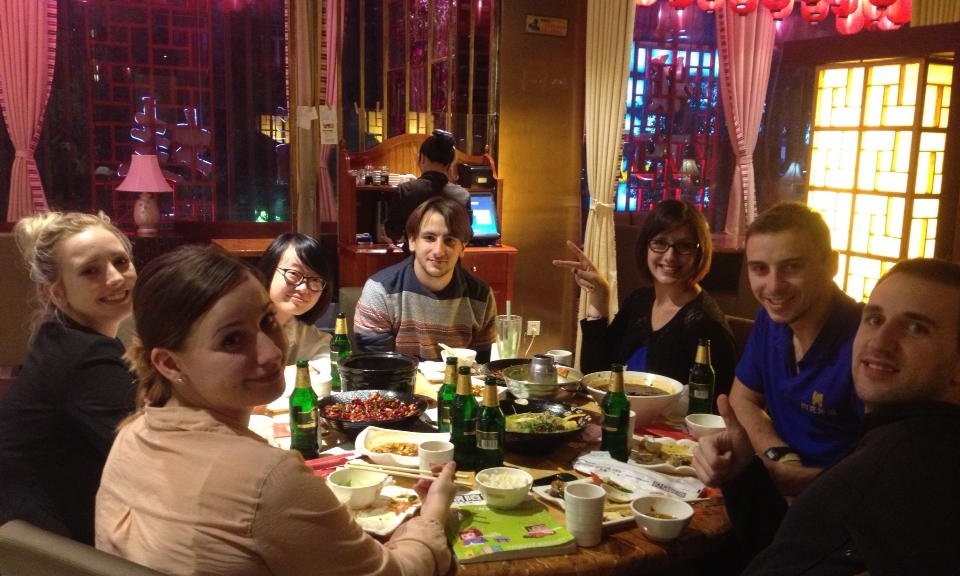 Did you just land your first TEFL job in China? Congratulations, you’re in for a wild ride. Your career just might take off. Your social life may explode. And your wanderlust may finally be satisfied. That was my experience at least.

The list of benefits that surrounds your new job is perhaps longer than The Great Wall. But, moving to China takes some getting used to.
In fact, life in China is something you may want to prepare yourself for.

So, while you’re getting your visa sorted out, and trying to decide how to condense your life into a single suitcase, here are a few others things to think about.

That’s right my friends. Both Gmail and Facebook won’t work while you’re living in China. You won’t have to rely on snail mail to talk to your mom though.

Before moving to China, make sure to get a VPN (Virtual Private Network.) You can pay for a year’s subscription (it’s very affordable) and use it to get on any website you want. It works by tricking your computer or phone, making it look like you’re using the internet from a country outside of China. I used one called Nordvpn, but there are quite a few to choose from.

If you’ve traveled before, you know that it’s relatively easy to get around relying on only English. In China, not so much.

They speak their local language (as to be expected) and don’t stray away from it too often. Street signs, packaging, and restaurant menus will typically not have any English.

So, you’ll actually need to study up on some Mandarin. I ate stuffed buns for every meal during my first three days in China. I could point to them at the stall near my apartment and didn’t have to worry about speaking.

Learning how to say a few dishes is really helpful if you want a diverse diet. Also, it will help you avoid eating pig brain soup (honestly, it was an entire brain…in my soup) and other dishes that may make you cringe.

You’ll Need to Practice Your Balance For The Squat Toilets

Squat toilets are not a thing of the past in China. In fact, you’ll find them even in the nicest clubs and restaurants.

While your apartment will usually have a western toilet, out in public, you’ll need to squat. Bend your knees and get low to the ground. The toilets even have two spots for your feet.

It may take a few tries, but you’ll figure it out. And, you may just learn to love them. I know that I did. Not having to sit on a public toilet seat seemed pretty great to me.

You Seriously Have to Learn to Use Chopsticks

At home, I ate sushi all of the time. So, I learned how to use chopsticks pretty well before moving to China.

In fact, I thought it was pretty obvious that chopstick skills were a necessity before agreeing to take the job.

However, I found that a few of my co-workers had never used chopsticks before. And, some of them admitted to thinking that the restaurants in China provided forks (just in case.)

Let’s just say that these coworkers of mine struggled. A lot. One of them couldn’t eat much during group meals, and ended up buying a little baby spoon to help him out. He carried that thing with him everywhere he went.

Learn how to use chopsticks; it’s worth it.