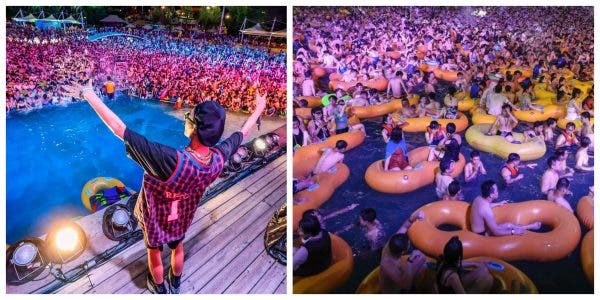 Thousands of people packed with no face masks in sight, bobbing on rubber floats and cheering along to a music festival. It’s not an image for 2020, but it was the scene this weekend in the Chinese city of Wuhan, where the coronavirus first broke out early this year.

Not long ago, Wuhan, the site of the world’s first COVID-19 lockdown in January was a ghost town devoid of residents and vehicles. The lockdown was lifted in April and amazingly there have been no domestically transmitted cases in Wuhan or Hubei province since mid-May. Wuhan went into a then unprecedented lockdown in January, 2020 – at a time where the virus had killed 17 people and affected more than 400. It was a week after China confirmed that human-to-human transmission of the virus had taken place, something not previously proven.

The city of 11 million people was entirely cut off from the rest of China, and over the next few months thousands of people were tested and placed in quarantine. All large public gatherings were cancelled and people were told to avoid social contact. By March, shopping malls began re-opening, public transport started to run and people slowly started heading out – though social distancing was still in place and masks had to be worn. On April 8th, Wuhan’s lockdown was officially lifted. For a while it seemed like life was getting back to normal but on 12 May, six new virus cases were recorded. The city quickly put in place ambitious plans to test its entire population of 11 million people. The outbreak was soon brought under control.

As of June 1st, a total of 9.9 million people had been tested, according to the city health authorities. They said this was the mark of the end of the mass testing program. They also said that including the one million people tested in the seven days before the mass program began (and who thus didn’t need retesting), a total of 10.9 million people were tested out of the population of 11 million.

In July, life truly started to go back to normal in most parts of China. Cinemas in most places were allowed to re-open, and certain parks, libraries, and museums were also allowed to open at half capacity. Additionally, larger gatherings were given permission to take place. Today, it appears that life has edged back to normal in Wuhan. The images of partygoers attending the HOHA Water Electrical Musical Festival over the weekend have only proven this point. Organizers even offered female tourists tickets at half price in a bid to attract more visitors. Wuhan Happy Valley – the theme park that owns the Maya Water park – re-opened on June 25th, but according to its deputy general manager it only started getting more visitors this August.

Wuhan has not had a local coronavirus case since mid-May, and about 9.9 million people in the city have been tested for the virus. There are no bans in place on large gatherings. It is great news to see Wuhan become alive but the question remains, when will coronavirus be eradicated completely and when will ESL teachers or tourists start entering into China? For more updates about the visa process, please click here. 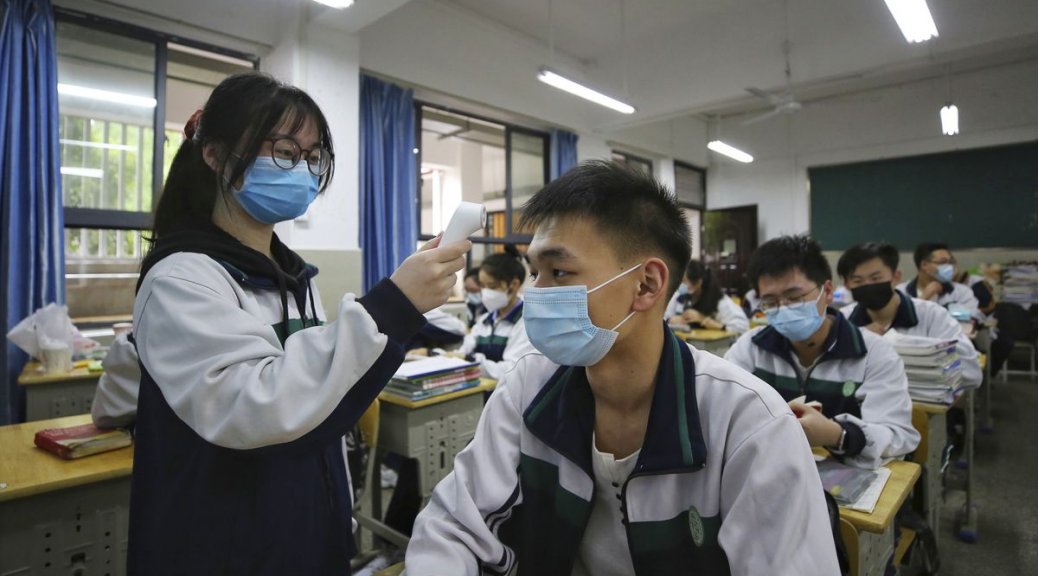 When will English teachers be able to enter China?
There are currently flights into China and the Chinese embassy has announced most Europeans who have a China work visa (work permit) can now re-enter China. Schools across China have been open since June, with safety guidelines in place such as required mask, routine temperature checks, enforced social distancing and regular disinfection of facilities. Business and travel within China is now back to normal.

From August 18th, 2020, the Chinese Visa Application Service Center in the UK announced that they are accepting work visa applications for the following:

1) British citizens and applicants from any of the 35 other European countries who hold a valid Foreigner’s Residence Permit of China for work, private matters or family reunion, and who need to go to China for the same visiting purpose as shown on the Residence Permit.

2) Applicants who have an “Invitation Letter (PU/TE)” or “Verification Confirmation of Invitation” issued by the Foreign Affairs Office of the provincial government of the intended visit, to visit China for economic, trade, scientific, technological, culture or sport purposes.

Due to COVID-19, there have been delays getting documents notarized and authenticated, so we highly recommend that you begin the process as soon as possible.

If you are interested in applying for an English teaching job in China, please feel free to send us your application and we will be in touch with you shortly.  For more information about our application process and requirements, click here.