Touch Down in Hong Kong

After living in Asia previously I thought I knew exactly what to expect when I arrived in Hong Kong for the first time but oh how wrong I was.

I had heard from friends that Hong Kong International Airport was one of the most efficient in the world and I would agree with that about 80%, or maybe I just arrived on a bad day. After stepping off the plane and the humidity hitting me in the face I knew my first challenge in Hong Kong would be getting through immigration. After previously having ridiculously long and irritating waits in immigration queues throughout Asia, I was pleasantly surprised by how quickly I got through the Hong Kong immigration. 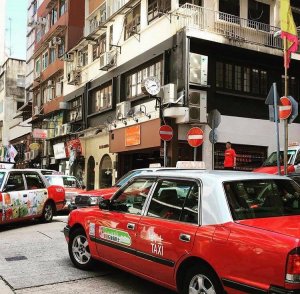 My top tip for anyone arriving into countries such as Hong Kong is to fill out and required documents or paperwork before you approach the immigration desk. For example, fill in your arrivals card and have it ready to hand over with your passport to the immigration officer, this makes the process easier and means there are less delays throughout immigration. I had all my documents ready when I entered the queue and within 10 minutes I was done and heading through the airport to collect my bags.

Now this is where my trouble began. As I located the carrousel that my baggage was going to be on I was surprised to see not only passengers still stood waiting for their luggage but also the captain of the flight and all his cabin crew. Unfortunately the carrousel was moving around but to everyone’s disappointment or annoyance there were no bags on it. In total we waited for around an hour before any of the baggage from our flight began to be loaded. After an 18 hour flight I just wanted to get my baggage and go to bed. 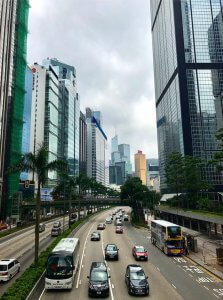 When I finally saw my baggage appear on the carrousel I was so happy and after grabbing my 30kg suitcase I headed out of the arrivals hall to find a way to travel to Hong Kong Island. After researching the different public transport options from the airport I found two that would have been good for me. The Hong Kong airport express train which has fantastic reviews and is a relatively cheap option or a taxi which is slightly more expensive but would drop me off directly outside my new apartment.

I decided to get a taxi in the end because I did not want to carry all my luggage onto the train and then walk to my apartment. Throughout the terminal there are signpost both in Chinese and English which was a great help and I found my way to the taxi rank with great ease. Once there I had to decide which taxi I needed, there were 3 options and each route has a colour associated with it. I knew by looking at the map that I needed an urban taxi (red) to get to my apartment in Wan Chai.  After joining the taxi queue and waiting a couple of minutes my luggage was loaded into a taxi and I was on my way out of the airport.  My first views of Hong Kong were of the thousands of skyscrapers basking in the August sun, not a bad start to my next 12 months here.

Winning an Award for Having Fun?

My First Few Months As A Cover Teacher in Hong Kong