Dining Out in Beijing

I spent my childhood in the United States restaurant environment as my family owned small restaurants, and I have found in my travels that one of the ways you can first start integrating into a new culture is by eating at local restaurants. Dining out norms can differ between cultures and it’s usually these times where we see the smaller cultural differences that sometimes take us by surprise.

Let’s start at the beginning of the dining experience. In the United States, at most restaurants, you enter and tell a host/hostess how many people are in your party and they will either take you to a table or put you on a waiting list. In China, you will tell them how many people you have, and they will usually simply gesture to whatever tables are open and you can seat yourself. They will bring you the menu after you sit down. They might only give you one menu for your table, or two if you have several people. 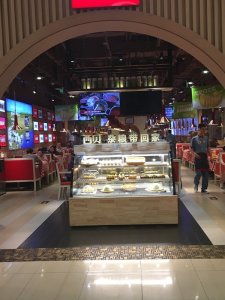 Which brings me to the next difference. In the United States, servers will periodically stop by the table to bring different parts of the meal and to check how you like it. They will take orders for drinks and sometimes appetizers

first, and then come back later for entrée orders. This works very well for the US dining experience as normally, everyone orders their own meals. However, in China, while I am teaching English in Beijing, I realize that it is more common for dishes to be served what we think of as “family style,” so they are big enough to feed multiple people. When you order your food at a Chinese restaurant, you order everything you want all at the same time, including drinks and dessert.

And also unlike in the USA, there is not necessarily a specific order that the food is served in. Normally it’s drinks, appetizers, soup/salad, entrée, and then dessert. In China, it is not uncommon for entrees to be served and then for your rice to come after the entrée, and sometimes desserts are served first. The food is brought to you in the order it is ready. Because of this, it is a perfectly acceptable practice to call out to the server if you need something additional. You can simply put your hand up and call to them and they will come to get you something else you need, or bring the bill. 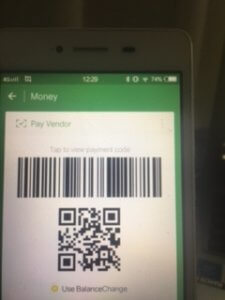 Typically in the US, the server will drop the bill on the table and tell you there is “no rush,” (not true, but let’s pretend) and leave you to divide up cash, decide whose card to put the check on, or split the bill. In China, they will not bring you the check until you ask for it, or if you approach them to pay. And for payment, it’s almost unnecessary to bother splitting the bill, because most restaurants will except WeChat Wallet. WeChat is a smartphone app that China basically runs on and WeChat Wallet is similar to ApplePay, and most places in China will accept it, even taxis and street food vendors. You can transfer money to people (similar to PayPal and Venmo) so when my friends and I go out, usually one person just pays the bill while everyone else just transfers money to the person.

All in all, while I’m still getting used to certain aspects of dining in China, in general I find it enjoyable and easy. Getting a Chinese phone number to be able to use WeChat Wallet made it even easier, and the servers are usually willing to be helpful. And even at the fancier and/or Western restaurants, the food is usually pretty well priced when compared to expensive places in the big cities of the USA, so it’s no surprised that I eat out a lot!

Finding Your Way and People in a Foreign Land

Hear from Our Teacher in China - Amber Rollins

3 Things to do After Arriving in Japan