Hangzhou – A Chinese Paradise on Earth

Living and teaching in Ningbo, Zhejiang Province, I’m a 1-hour speed train away from Hangzhou and 2-hour speed train from the great, bustling Shanghai. Saying that I’m in a prime location at a great second-tier city would be a shameful understatement. I have been quite entranced with Ningbo as a city and during my first 3 months, it’s been an amazing adventure seeing what this city has to offer. I would not be exaggerating if I told you that I discover something new and wonderful about this city and Chinese culture as a whole every week. However, sometimes a little break from the bustling city life is just the thing to do. In that case, Hangzhou proved to give me the breath of fresh air I was after. 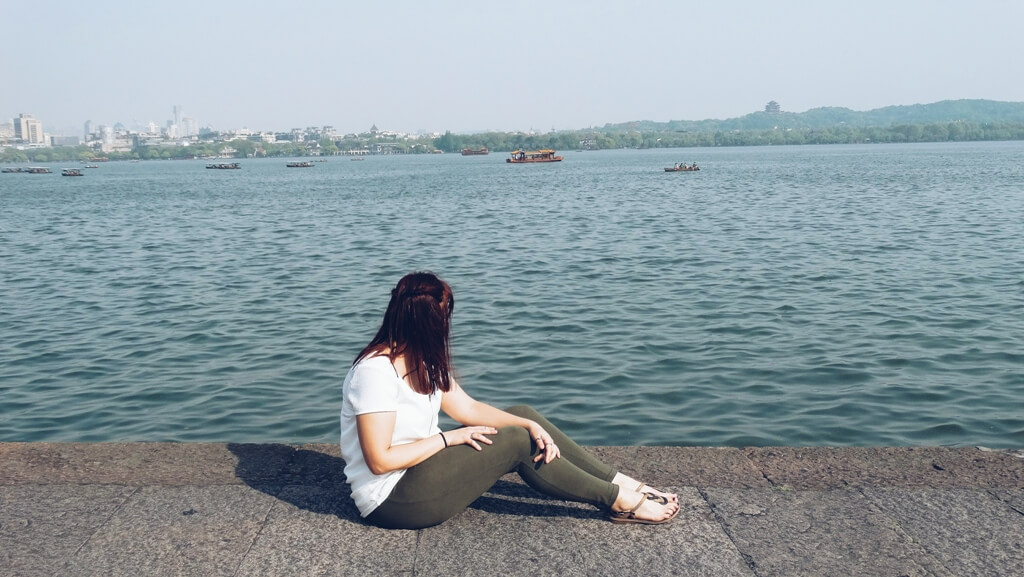 As mentioned previously, Hangzhou, the capital of Zhejiang Province, home to about 21 million people in Hangzhou and its surrounds, this place is nothing short of everything you’d expect of a capital city.  After snuffling around for places to stay on the popular Chinese website C-trip, I asked one of our Chinese Assistants to assist me with booking the room for a friend and I on an even cheaper Chinese-only travel and booking site. We payed 120RMB for two nights through Alipay and thought we had landed a sweet deal!

Booking the train tickets was a much easier process as I mentioned before. Once again, a Chinese Assistant helped us book the two tickets, and on the night of our departure, we fetched the tickets at the ticket office and off we were! Our train departed right on time, to the second, and one hour later we were breathing in the air of a different city.

After a laborious wait in the line for a taxi, we hopped in and off we were to our hostel. Our taxi driver obviously took note of our youthful radiance and so he kicked our trip off with some “sick” tunes and showing us the best party places to go on our way to the hostel.

40RMB taxi-ride later, we booked into the hostel and finally, we plonked our bags down in the cupboards, itching to start exploring. Please take note that we arrived at 23:30. Barely 20 minutes later, my companion and I took to the street and walked to the well-known franchise restaurant and bar, Eudoras, just 10 minutes down the road. We enjoyed a very late dinner and some wonderful live music from the resident band. The band members, also expats, came and introduced themselves and before we knew it, we had made new friends.  Shortly before closing time, we all headed off to G+ club. I’m not even going to say anything about this place, except that you have to go experience the madness of it yourself! Chinese clubs are CRAZY! Around 4:30am we stumbled into the room and dozed off happily until 9 o’clock.

The morning promised fine weather and we headed off to a Belgian bakery 7 minutes down the road and had a wonderful breakfast (still very Chinese-style) and that’s when we realized we were in a prime location. We could practically smell the water and fresh air from the famous West Lake scenic area. We took 20 steps across the road and then we were instantly immersed the moment we entered one of the garden parks surrounding the lake.

I was instantly at ease and felt like I was being whisked away into a magical world. We walked around the whole lake for 5 hours that day, which included an hour boat ride on a big golden Dragon Boat, fruit ice creams, greeting touring school groups in English and just being in a daze on one of the benches surrounding the water source. We saw sunset roll around and monks take their evening walks and decided that it was a day well spent. We ended up taking a quick walk home and worked in a very short nap before heading off to Eudoras again to meet our new friends. It was good night! 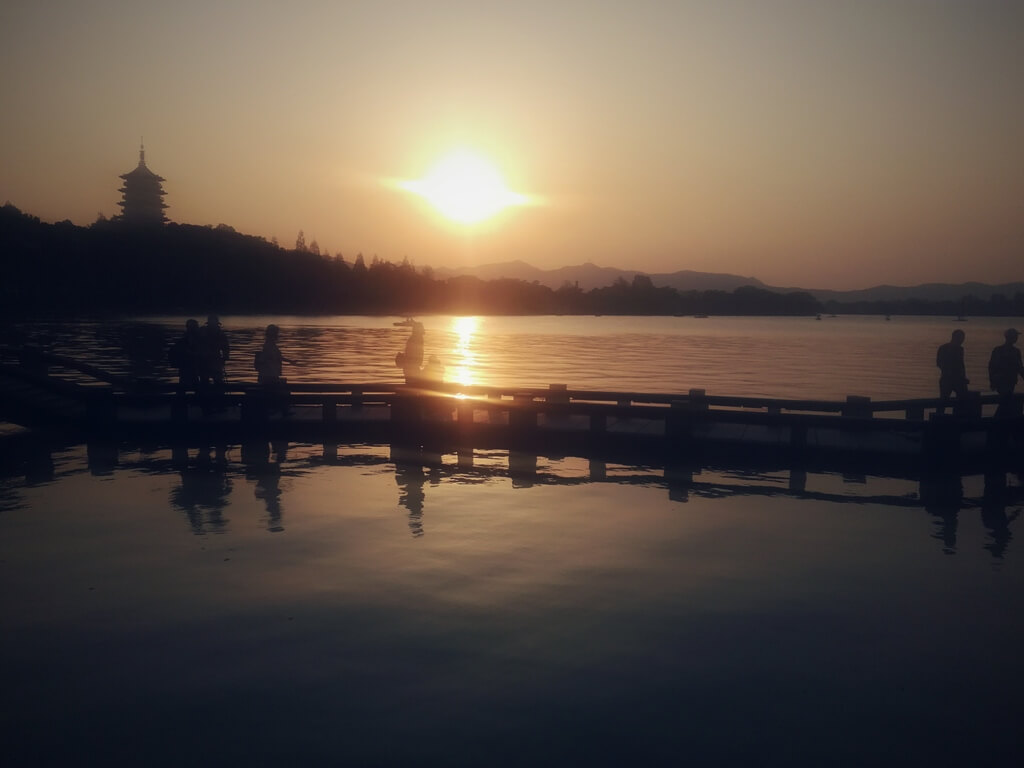 Morning came and we packed our things and checked out. We stopped at our “Belgian” bakery one last time for breakfast and met a lovely Swiss family touring China and spoke about what we did in Hangzhou and how relaxing it was to be there. It was a sad moment for me to say goodbye to such a beautiful place, but I knew it wouldn’t be the last time. Two hours later and I was back home, greeting my fur ball cat, Amber, and happily went back to work later that afternoon. If you ever consider teaching in China, Hangzhou is a must-see!

Hear from Our Teacher in China – Amber Rollins