How to Prepare For Life In China

Did you just land your first TEFL job in China? Congratulations, you’re in for a wild ride. Your career just might take off. Your social life may explode. And your wanderlust may finally be satisfied. That was my experience at least.

The list of benefits that surrounds your new job is perhaps longer than The Great Wall. But, moving to China takes some getting used to.

In fact, life in China is something you may want to prepare yourself for. So, while you’re getting your visa sorted out, and trying to decide how to condense your life into a single suitcase, here are a few others things to think about.

That’s right my friends. Both Gmail and Facebook won’t work while you’re living in China. You won’t have to rely on snail mail to talk to your mom though. Before moving to China, make sure to get a VPN (Virtual Private Network.) You can pay for a year’s subscription (it’s very affordable) and use it to get on any website you want. It works by tricking your computer or phone, making it look like you’re using the internet from a country outside of China. I used one called Astrill, but there are quite a few to choose from. 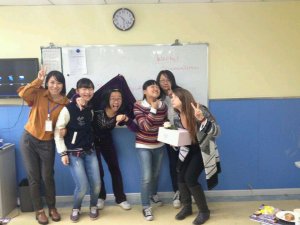 If you’ve traveled before, you know that it’s relatively easy to get around relying on only English. In China, not so much. They speak their local language (as to be expected) and don’t stray away from it too often. Street signs, packaging, and restaurant menus will typically not have any English. So, you’ll actually need to study up on some Mandarin. I ate stuffed buns for every meal during my first three days in China. I could point to them at the stall near my apartment and didn’t have to worry about speaking. Learning how to say a few dishes is really helpful if you want a diverse diet. Also, it will help you avoid eating pig brain soup (honestly, it was an entire brain…in my soup) and other dishes that may make you cringe.

You’ll Need to Practice Your Balance For The Squat Toilets

Squat toilets are not a thing of the past in China. In fact, you’ll find them even in the nicest clubs and restaurants.  While your apartment will usually have a western toilet, out in public, you’ll need to squat. Bend your knees and get low to the ground. The toilets even have two spots for your feet. It may take a few tries, but you’ll figure it out. And, you may just learn to love them. I know that I did. Not having to sit on a public toilet seat seemed pretty great to me. 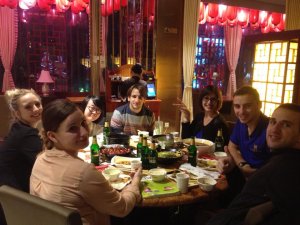 You Seriously Have to Learn to Use Chopsticks

At home, I ate sushi all of the time. So, I learned how to use chopsticks pretty well before moving to China.  In fact, I thought it was pretty obvious that chopstick skills were a necessity before agreeing to take the job.  However, I found that a few of my co-workers had never used chopsticks before. And, some of them admitted to thinking that the restaurants in China provided forks (just in case).  Let’s just say that these coworkers of mine struggled. A lot. One of them couldn’t eat much during group meals, and ended up buying a little baby spoon to help him out. He carried that thing with him everywhere he went.  Learn how to use chopsticks; it’s worth it.

There are some pretty bizarre things you’ll need to prepare for before making your move. These are only a few of them.

Want to know more? Check out this post for 11 more ways to prepare for life in China.

Author: Shannon started her life abroad when she got a teaching position in China. After seeing her life open up to new opportunities, she decided to inspire others to do the same. You can visit her at Lives Abroad for more inspiration.

Hear from Our Teacher in China – Amber Rollins